Mature Height/spread: a rounded, deciduous shrub, open form 8′ to 12′ tall, equal width. It has a long life span in comparison to most other plant species and a slow growth rate.Northern Spicebush has green foliage and yellow flowers. Flower bloom is usually observed in the mid spring, with fruit and seed production starting in the summer and continuing until fall.Flowering: March-April; fruits maturing August-October (-November).

Wildlife: is common that the dispersal of seeds in many lauraceae species are due to birds that swallow them, so also the fruit and berries are often similar to attract birds. Birds, are important dispersal agents. The hermit thrush swallows the whole fruit and later regurgitates the seed, indicating that it is an important seed disperser. Mammals may also be potential dispersers of genus seeds, including the raccoon and opossum. Small berries provide food for wildlife in winter.  Over 20 species of birds, as well as deer, rabbits, raccoons, and opossums have been recorded as browsing the leaves or eating the fruits. .

Cold Stream Farm supplies Spicebush shrubs which are grown as bare root seedlings and transplants and sold both wholesale and retail with no minimum order.

Additional information on Lindera benzoin can be found on the link: USDA / NRCS PLANTS Database.

There are no reviews yet.

Be the first to review “Spicebush (Lindera benzoin)” Cancel reply 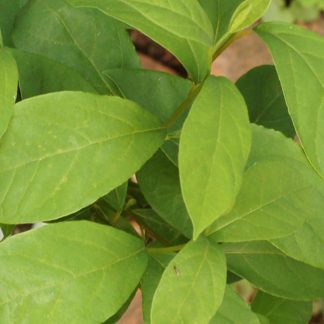